"The Project recruits and trains former volunteers to serve as interviewers. A person who has been a PCV has enough in common with another PCV to be able to conduct an effective interview, relying on one’s own curiosity and imagination, and making use of an established interview protocol."

The Oral History Project was initiated in 1999 by Robert "Bob" Klein (Ghana I, 1961-1963) in an effort to capture the individual experiences of every Volunteer who trained and served in Ghana I, the first country to receive Peace Corps Volunteers.

When Peace Corps celebrated its 35th anniversary, Bob noted that several Volunteers from the Ghana I group had died and taken their precious stories with them. He realized that pieces of Peace Corps history were disappearing. Working with archivists at the JFK Presidential Library, Klein developed a protocol for oral history interviewing.

The in-depth interview, usually averaging sixty to ninety minutes, includes a discussion of the Volunteer’s life before Peace Corps, Peace Corps training, the experience of serving as a Volunteer in-country, and reflections on the impact Peace Corps service had on the Volunteer, the host country and the United States.

Klein soon discovered the need to expand the project to capture Peace Corps stories from as many countries and eras as possible. He conducted dozens of interviews and over time trained 25 other RPCVs to do the same. Before his death in 2012, he asked his friend Phyllis Noble (Nigeria, 1965-1967) to lead the effort, which she tirelessly did until her passing in 2017.

Responding to the need for continued leadership and growth, Evelyn Ganzglass (Somalia, 1966-1968) and Pat Wand (Colombia, 1963-1965) picked up the reigns and recruited a new group of volunteers to lead the project. In 2020, the capacity of the Oral History Project was expanded to include virtual interviews through a new partnership with the University of Kentucky Louie B. Nunn Center for Oral History, and from 2021 to 2022 the interview format was modified to accommodate current and former Peace Corps staff members and Counterparts.

Currently, the Project is managed by the following leadership team: 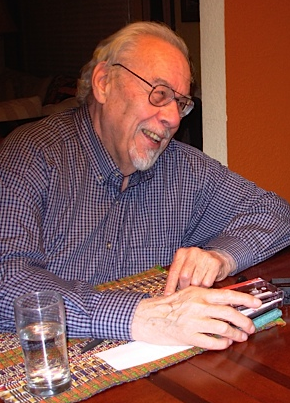